Vince Lombardi once said “We will chase perfection, knowing we can never attain it. But, we shall catch excellence.” It is often quoted and is posted on almost every locker room in the country, and dare I say I have even seen it in a few sow farms in Minnesota.   However, often we forget the second part of that statement: “we will never attain it.”

Too often, especially when it comes to a company’s hedge program, perfection is the enemy of good and even great risk management plans.  This seems particularly applicable as we look at interest rates at this time as a part of the global risk management plan.

Interest rates cratered to all-time lows in 2020 as a response to coronavirus, lock downs, and economic uncertainty. Rates remained near historic lows in 2021.  Many operations were able to take advantage of this environment to lock in favorable interest rates.  Rates have been driven higher in 2022 due to inflation and the market and Federal Reserve’s reaction to it.  The following chart shows the movement of 1, 10, and 30-year treasuries in only the first 6 months of this year. 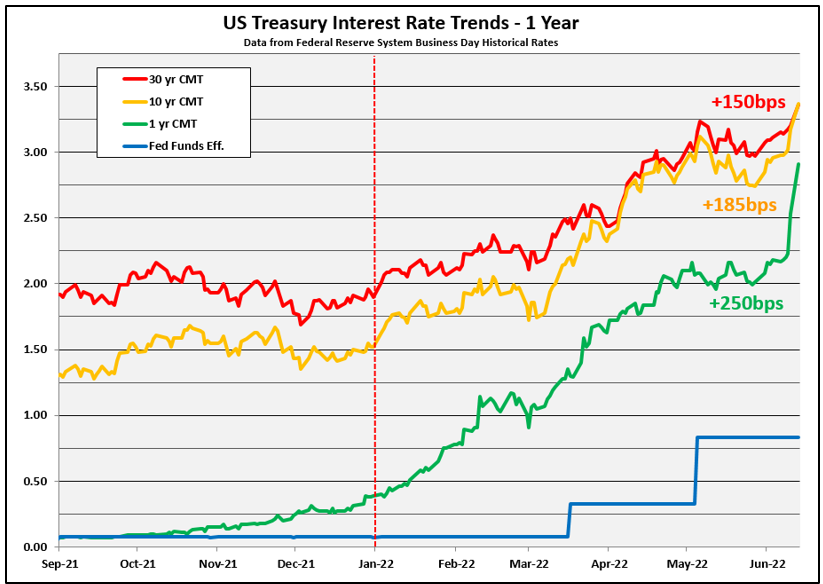 The recent increase has made some producers pause and question if now is the right time to put on interest rate hedge through a traditional fixed rate or an interest rate swap product.  The following chart shows the Libor rates going back to 1986.  For the better part of the past 20 years we have enjoyed a historic run of low interest rates, and probably have given us a false sense of comfort.  While current rates are not at all-time lows, they would still be better than any rates experienced prior to the great recession.  More importantly, they can go materially higher.  Some readers will remember rates being even higher than what is shown in following chart during the late 70’s and early 80’s. 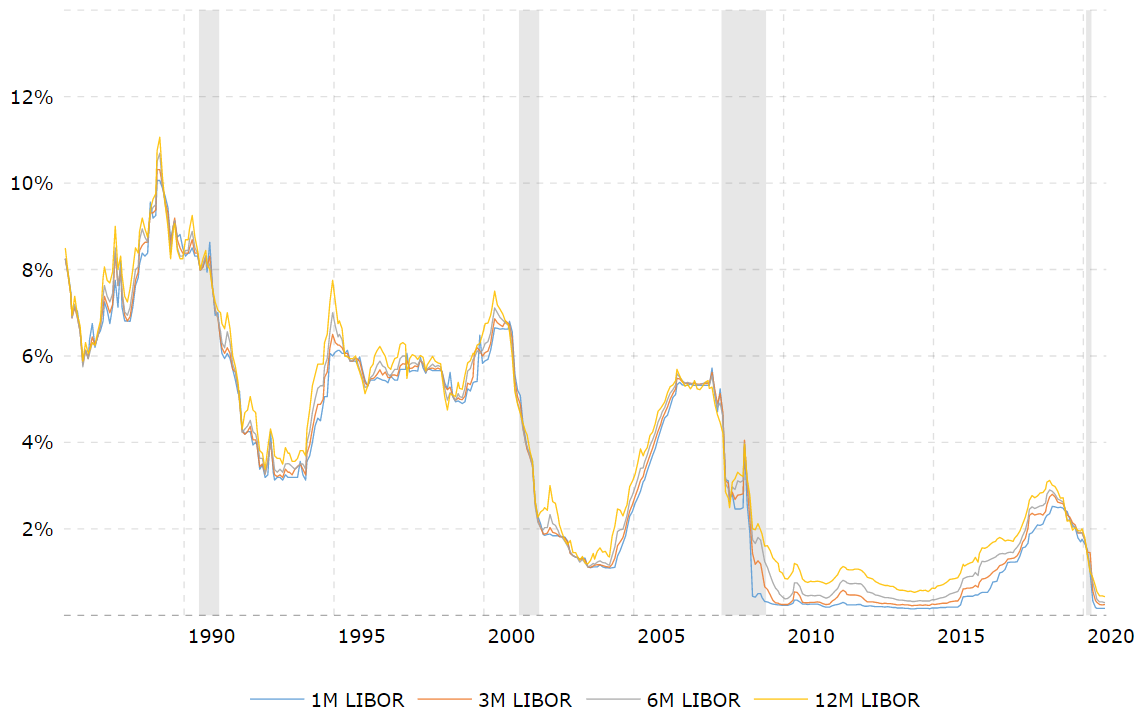 This article is being written the eve prior to the Fed’s June 15th meeting, in which a 50-bps rate hike is widely expected.  The current Fed Futures, as shown in the following chart, would indicate that the Federal Reserve will raise rates over 300 bps this year alone.

For the first time in a long time, interest rates could begin to notably impact profitability.  If the current futures curve plays out, rates will increase from 4.0% to 5.75% and result in an operating interest expense of roughly 60-70 cents per pig at today’s existing cost structure.  In our swine database, term debt averages just under $1,000/sow.  The same rate increase will increase interest expenses by an additional $1.05, for a total increase of $1.65-$1.75/hd in a short six months’ time.  If an operation has more Intermediate and long-term debt that is variable, this number could be much larger.  Additionally, there is also no guarantee that rates will quit rising after this time period as well.

This exercise and the current futures curve point to the value of having a plan to address rising interest rates and the value of working capital.  Every operation is different, and has a different risk bearing capacity. Re-leveraging your existing fixed asset base with a good fixed rate or other interest rate hedge and increasing your working capital is still a good option. Though it is not the largest expense it is very hedge-able.   For those operations who may be sensitive to interest rate risk, it is important to have a plan and to execute it.

It should be noted that there are no guarantees that rates are on a rocket ship, never to return down to earth.  Even now, we are seeing signs on slowing economic activity.  However, this is not a reason to act as if your operation wouldn’t be materially impacted by a continuing rising rate environment.   There are options to protect against higher rates, such as pre-payable fixed rates, or caps, while still allowing flexibility if rates return lower in the next five to seven years.

In summary, I am reminded of another quote by George Patton, “A good plan, executed now, is better than the perfect plan next week.”  If you are concerned your operation is susceptible to interest rate risk, reach out to your lender or broker advisor today.  Otherwise, the perfect plan will always tend to be executed next week.